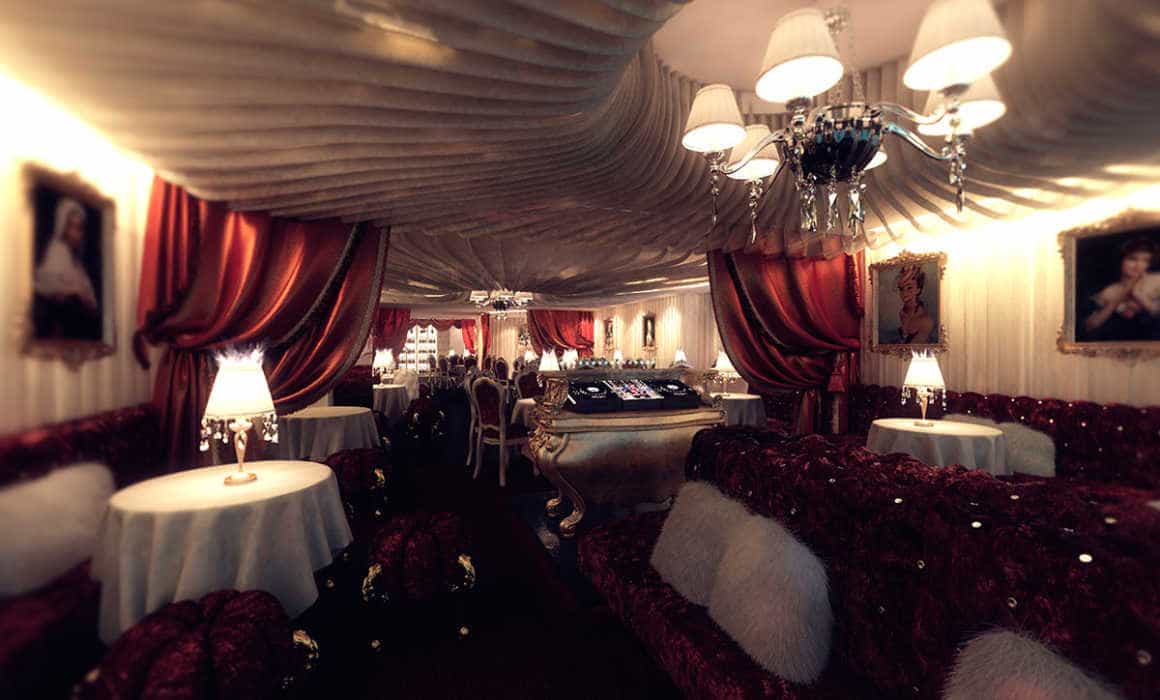 Launch of Baroque Lounge at the Playboy Club

At the end of last year, Intérieur London (formerly CID Interieur) announced the completion of the Baroque Bar at the Playboy Club in London’s Mayfair; a luxurious champagne bar that would match the Playboy identity and brand, in the heart of the capital, in one of the city’s most exclusive locations.

The glamorous new Baroque Champagne Bar, located within Mayfair’s Playboy Club, demonstrates the ultimate in epicurean design aesthetics. During last year Intérieur London was commissioned to create a unique space in the world famous club, and the sumptuous surroundings that can now be found within the walls of the Barque Bar were born.

With the most extensive Champagne menu in Europe, the bar was to incorporate all the decadent features that would effectively reflect the global brand and classic flamboyancy of the Playboy aesthetic. Intérieur London developed a design that would demonstrate the predominant Baroque aesthetic for which it is famed throughout Europe, which was reflected in art, music and design during a period of more than three Centuries, from the sixteenth, right the way through into the eighteenth.

As the name of the bar would suggest, the interior was to include rich, deep colours, with concentrated light that would create dramatic dark shadows, to exemplify the great drama for which the Baroque style is famed, highlighting an incredibly striking and bold style, with an eccentric edge.

To create the sumptuous surroundings, Intérieur London united a contemporary design style with a vintage salon look, that would fuse to create a luxurious environment, one that extends from the lavish deep red satin drapes, to the romance of sparkling chandeliers that twinkle intermittently as they reflect the light, creating the sense of glamour for which the Playboy brand is famed. The Baroque Bar exudes extravagance, from the luxuriousness of the red velvet seating, to the contemporary wall coverings; it is where the epicurean meets opulence.